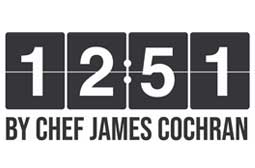 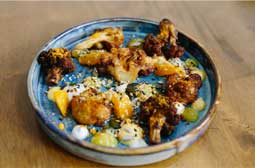 Head chef James Cochran is a chef like no other, heralding his mix heritage through his food, from the Caribbean to Scotland and his birth town Whitstable. James grew up working at the famous Wheelers Oyster Bar, and has since worked at The Ledbury and Harwood Arms, as well as the controversial restaurant named after himself James Cochran EC3. James has since won the BBC2 food programme Great British Menu last year, and opened the doors to 12:51 in late August of last year.

Gift is suitable for 2 people

Last given 3 months ago

< go back
apply for this gift
visit donor website
Amy Thompson2020-10-28T09:22:28+00:00
'Something To Look Forward To' has updated its cookie policy. We use cookies to ensure that we give you the best experience on our website. A number of cookies we use last only for the duration of your web session and expire when you close your browser. Other cookies are used to remember you when you return to the Site and will last for longer. » Find out more about cookies » Change your cookie settings By clicking "OK" or clicking into any content on this site you agree to allow cookies to be placed. we'll assume that you are happy to receive all cookies on our website. Ok