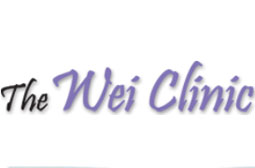 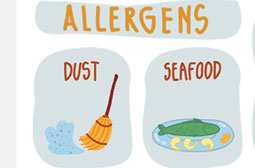 Donated by The Wei Clinic

THIS IS AN ADDITIONAL GIFT

The vega machine is one of many different types of instrument all measuring the same basic phenomena. In the early 1950’s, a doctor called Rheinhold Voll began to measure the electrical resistance of acupuncture points.

He correlated the readings he obtained with the internal organ that supposedly represented the Acupuncture points that he was measuring. This involved the tedious measurement of many points in order to arrive at a diagnosis.

Subsequently, Dr. Voll began to place medicines into the circuitry; these medicines were designed to treat the underlying disease process present in the organ and reflected in the acupuncture point being measured. If the medicine was an appropriate one the acupoints reading returned to normal, if it was inappropriate the reading remained abnormal. Dr. Helmut Schimmel developed this concept into a system know as THE VEGA TEST. Rather than testing multiple acupuncture points the technique uses a single acupuncture point. The diagnosis is then made by testing a variety of substances in the circuit in parallel with the single point. By using Voll’s phenomena, that an acupoint’s electrical properties will change depending on what is put in the circuit with it, the VEGA TEST system was developed.

As with many medical techniques, we are not absolutely certain how the VEGA TEST SYSTEM works. This has many parallels within conventional medicine; for instance, general anaesthesia can be given safely, competently and reliably but the underlying chemical mechanisms of general anaesthetics remain unclear. The diagnostic ability of the VEGA machine have been tested both by a group at the Centre for the study of complimentary medicine and other workers in “blind” studies. They have demonstrated that the techniques correlates with other methods of diagnosing food sensitivity in approximately 90% of situations. VEGA and Voll techniques have also been used in the diagnosis of internal illness.

This tests 52 everyday foods and substances such as pollen’s and house dust and you get the results immediately.

< go back
apply for this gift
visit donor website
Amy Thompson2019-10-16T12:20:14+00:00
'Something To Look Forward To' has updated its cookie policy. We use cookies to ensure that we give you the best experience on our website. A number of cookies we use last only for the duration of your web session and expire when you close your browser. Other cookies are used to remember you when you return to the Site and will last for longer. » Find out more about cookies » Change your cookie settings By clicking "OK" or clicking into any content on this site you agree to allow cookies to be placed. we'll assume that you are happy to receive all cookies on our website. Ok